Dispatches from the Race War 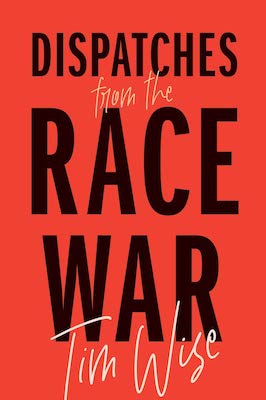 In this collection of essays, renowned social-justice advocate Tim Wise confronts racism in contemporary America. Seen through the lens of major flashpoints during the Obama and Trump years, Dispatches from the Race War faces the consequences of white supremacy in all its forms. This includes a discussion of the bigoted undertones of the Tea Party's backlash, the killing of Trayvon Martin, current day anti-immigrant hysteria, the rise of openly avowed white nationalism, the violent policing of African Americans, and more. Wise devotes a substantial portion of the book to explore the racial ramifications of COVID-19, and the widespread protests which followed the police murder of George Floyd.

Concise, accessible chapters, most written in first-person, offer an excellent source for those engaged in the anti-racism struggle. Tim Wise's proactive approach asks white allies to contend with—and take responsibility for—their own role in perpetuating racism against Blacks and people of color. Dispatches from the Race War reminds us that the story of our country is the history of racial conflict, and that our future may depend on how—or if—we can resolve it. "To accept racism is quintessentially American," writes Wise, "to rebel against it is human. Be human."

"What Tim Wise has brilliantly done is to challenge white folks' truth . . . to see that they have a responsibility to do more than sit back and watch, but to recognize their own role in co-creating . . . a fair, inclusive, truly democratic society."
— Michelle Alexander, author of The New Jim Crow

"Tim Wise's latest is more urgent than ever. Unflinchingly, and page after page, Wise calls out a brutal truth, one unwelcome to so many white people: The racial trauma playing out across this nation, hour after hour, day after day, is inflicted—be it actively or unwittingly—by them. But as Wise also, so rightly, notes, this isn't the whole story. Despite what some would hope for this nation, we are not doomed to a white-sparked race war. Just as this nation’s history is steeped in racial oppression, so too is it rich with anti-racist resistance. It is to this anti-racist resistance that white people in particular, but the country as a whole, must now commit. . . . no matter what."
— Heather Ann Thompson, Pulitzer Prize-winning author of Blood in the Water: The Attica Prison Uprising of 1971 and its Legacy