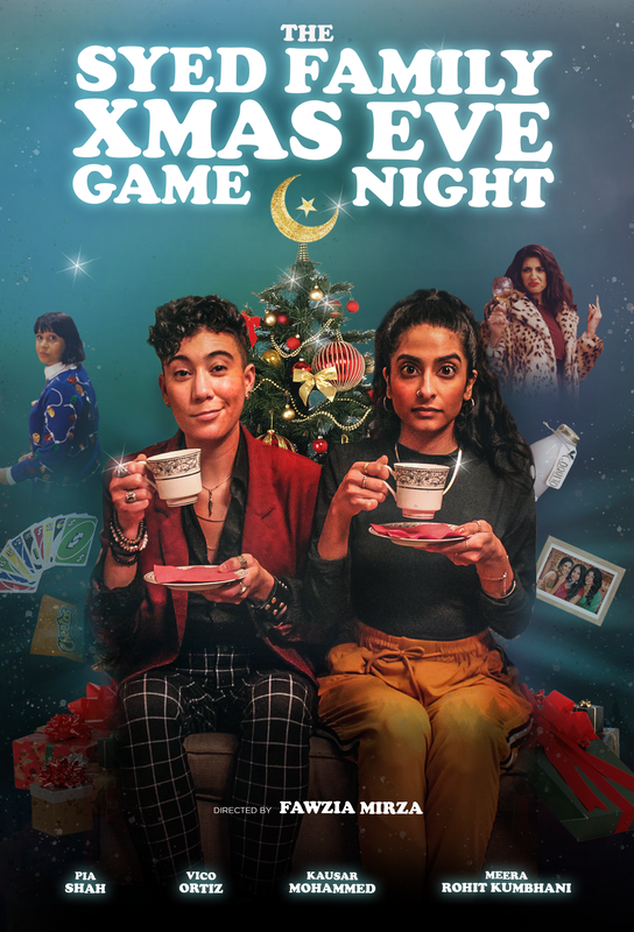 SpeakOut Films' first short feature film production, THE SYED FAMILY XMAS EVE GAME NIGHT, had its world premiere at the Toronto International Film Festival (TIFF) and its U.S. premiere at the Chicago International Film Festival in October 2022! Since then, we continue making the rounds on the film festival circuit, across North America and the world!

THE SYED FAMILY XMAS EVE GAME NIGHT follows Noor, a queer Pakistani Muslim woman who brings her Puerto Rican girlfriend home for the first time on the family's annual game night -- which happens to fall on Christmas Eve! All cards are on the table when Noor's eldest sister unexpectedly shows up, sending the night into chaos and putting all their relationships to the test. The short film explores themes of sisterhood, belonging, and breaking the rules of tradition.

​WHY NOW?
​As the filmmakers explain: "A landmark report from USC's Annenberg Inclusion Initiative and the Pillars Fund underscores what we've been feeling as queer Muslim women and non-binary people in the film industry: 'Muslim characters are missing in popular film.' Muslims makes up 24% of the world's population, but the report found that out of nearly 9,000 film speaking parts, fewer than 2% were Muslim with only one LGBTQ+ Muslim character." View the reports here.

THE SYED FAMILY XMAS EVE GAME NIGHT was created as a romantic comedy to normalize our identities on screen and to lift up the importance of joy in our experiences, something that is so needed during these times. 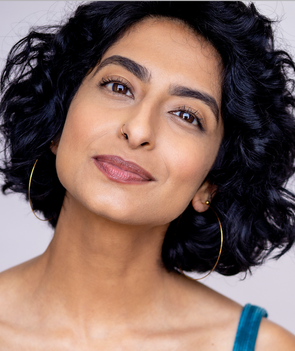 Kausar Mohammed is a Bengali-Pakistani writer, actress, and comedian born in San Jose, California. She is a writer/performer in the distinguished all- South Asian comedy troupe, The Get Brown, and in the 2021 CBS Diversity Showcase. Kausar plays series lead in Paul Feig's (“Bridesmaids”) dramedy, EAST OF LA BREA. She also has worked alongside Taraji P. Henson on the film WHAT MEN WANT (Paramount), Issa Rae on the film LITTLE (Universal), and has additional credits on shows such as SILICON VALLEY (HBO), BLACK LIGHTNING (CW), and CAROL'S SECOND ACT (CBS). Kausar also voices lead characters on Steven Spielberg’s two animated series, JURASSIC WORLD: CAMP CRETACEOUS (Netflix) and the hit anime show, GREAT PRETENDER (Netflix). This Fall 2021, you can see her starring on an upcoming CW show. 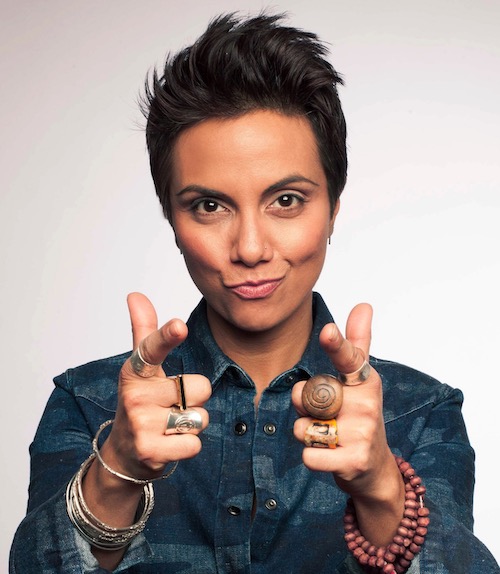 DONATE to support the film here.
All donations are tax-deductible .